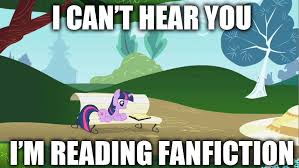 I had a wonderful discussion with other readers, writers and authors and helped moderate a panel at Rainbow Con about fanfiction. It was called “Fanfiction to Profiction.” I was on the panel with the amazingly talented, Sarah Madison, Grace R. Duncan, Vicktor Alexander and Amanda C.

We talked about filing off the “serial numbers” on fanfiction and recycling it to M/M. It was a lively discussion in which most of us on the panel stated we had used former fanfiction stories and converted them to pro fic. Depending on your publisher, or if you self-publish that might mean you have to pull your fanfiction off the Internet. We also talked about telling readers if that particular book was formerly published fanfiction. I think everyone on the panel agreed we always disclose if a book had been fanfic.

The first short story I wrote and submitted to a now defunct publisher was a former J2 A/U where the characters were flight attendants and had been written for a prompt fest. When I pulled the fic off of Livejournal, I let my readers know why (it was being submitted to a publisher) and it was being revised and expanded by more than 4,000 more words. That story, “Coffee, Tea and the Mile High Club,” has not been re-published after Silver Publishing went away; not because people found out it was former fic, but because I haven’t had the time to re-write some parts I wasn’t happy with. When I get the time, I will re-publish it, along with two more shorts in the flight attendant universe. I will state inside the ebook, that this is “previously published material.”

Recently, on Good Reads people have asked if our latest novella, Suck This, Neil Patrick Harris was J2 fanfiction. It is not J2 fanfiction! Sorry, but my writing partner doesn’t like RPF, nor does she wear a tinhat about Jared and Jensen. That would have been me! 🙂 But I’ve since recovered from that J2 addiction and now only am obsessed with Stucky (Steve/Bucky, Avengers) and Hannigram fandom. I haven’t written any fic in those fandoms, although I would love to get my hands dirty in Stucky fandom!

I have no issue telling someone what was and wasn’t former fanfiction. Have I used scenes from fanfiction into certain books? Most certainly (usually sex scenes). But not the whole story, the only one that was used that way was Coffee, Tea and the Mile High Club.  So anyone thinking the new book is J2 fanfiction, know that it isn’t. Dante is not Jensen, in fact my inspiration for douchebag Dante is so far removed from Jensen Ackles…who is a lovely, lovely man.

I understand the fanfiction to pro fiction talk is controversial with what happened in Twilight fandom with FSOG. However, I have never been ashamed to state I come from a fannish background, I love fandom and slash and that I learned how to craft a good story from my time writing in various fandoms. However, as I said at the panel, I decided last year that I don’t have enough time to write pro and fanfic, so I decided one had to give and that was my fannish writing. I no longer write fanfic, nor does my writing partner. Not that we wouldn’t love to, but we just don’t have the time to do both.

So, if you ask Eleanor and I. we happily cop to being recovering fanfic writers and loving fandom. Whatever your position on the topic, we hope you’ll like our books and know that if you ask us, we’ll always tell you what our background was.

3 thoughts on “Fanfiction vs. Pro Fic”

The Law of the Jungle

Beneath the 13th Moon (Werewolves of Baltimore, #2)